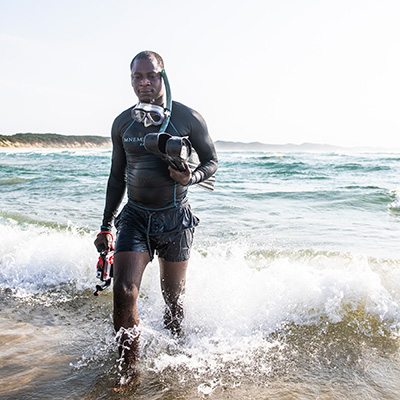 This September, history was made. At the inaugural 2022 African Conservation Awards, Leo Gungulo was runner-up (tied) in the Best Game Ranger category in an unprecedented recognition of marine rangers. Leo’s deep commitment to his role as OWB field ranger and support manager for the seascapes of Benguerra and Vamizi Islands in Mozambique, paved the way for this recognition. These awards – founded in 2011 as the Rhino Conservation Awards in association with the Game Rangers Association of Africa – laud the effort and commitment of Africa’s men and women who play a leading role in conservation. Read more here.