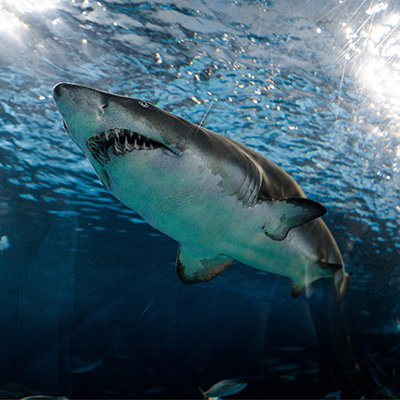 Today, Francesco Farretti and his team of six researchers set off from the island of Lampedusa in a 10-meter yacht to look for great white sharks. These animals have drastically declined during the past couple of decades due to unregulated fishing, and many sharks are caught in nets and line fishing. This is one of the most endangered and least understood shark populations in the world, and the expedition will collect important data to study these sharks and avoid their extinction in the region. This is a Yachts for Science research project which is privately funded by a Swiss Philanthropist & Swiss Foundation called Shark Project.